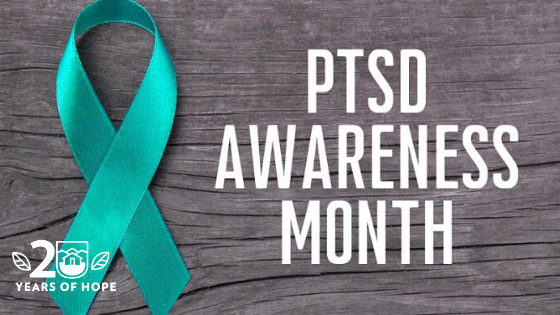 Post Traumatic Stress Disorder Disorder is a disorder in which a person has difficulty recovering after experiencing or witnessing a terrifying event.The condition may last months or years, with triggers that can bring back memories of the trauma accompanied by intense emotional and physical reactions.According to the American Psychiatric Association, PTSD has been known by many names in the past, such as “shell shock” during the years of World War I and “combat fatigue” after World War II, but PTSD does not just happen to combat veterans.

Who is affected by PTSD?

According to the American Psychiatric Association,PTSD can occur in all people, of any ethnicity, nationality or culture, and at any age. PTSD affects approximately 3.5 percent of U.S. adults every year, and an estimated one in 11 people will be diagnosed with PTSD in their lifetime. Women are twice as likely as men to have PTSD. Three ethnic groups:U.S. Latinos, African Americans, and American Indians  are disproportionately affected and have higher rates of PTSD than non-Latino whites.

What are signs and symptoms of PTSD?

Symptoms of PTSD fall into four categories: intrusion, avoidance, changes in mood and changes in reactivity. Someone with PTSD may experience intrusive thoughts about the incident or event. The person may feel as if they are reliving the event again. This person may also avoid talking about the event or avoid experiencing reminders such as people, places or activities. This person may also experience a host of emotions such as anger, sadness, confusion or feel anxious. Rapid changes in mood and reactivity include anger outbursts, irritability and engaging in reckless behavior.

If you believe that you or someone you know is experiencing PTSD, it is important to receive a formal diagnosis.Psychotherapy and medication if needed, are the two most common ways to treat PTSD. Trauma-focused Psychotherapies are the most highly recommended type of treatment for PTSD. “Trauma-focused” means that the treatment focuses on the memory of the traumatic event or its meaning.It is important to work with your therapist or physician to develop a realistic plan to improve your symptoms, increase your self-esteem and to develop healthy coping skills.

If you are experiencing a crisis or suicidal thoughts please contact the Crisis Hotline 200-273-8255. Remember that you do not have to go through this alone.

If you’re struggling with PTSD or would like to refer someone you know, we’d love to speak to you further. HOPE is here. Contact us today.