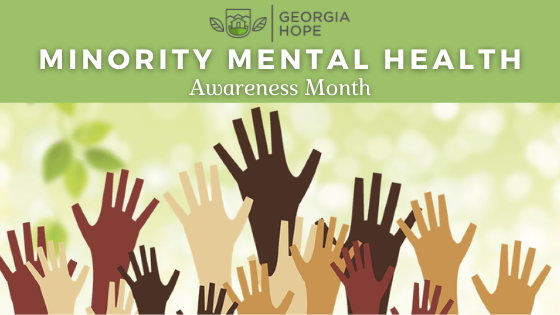 According to the Office of Minority Health within the Anxiety and Depression Association of America, roughly two-thirds of people with a diagnosable mental illness do not seek treatment. Minority racial and ethnic groups in the U.S. are even less likely to get help when struggling with a mental illness (souce: https://www.ncdhhs.gov)

While there have been improvements in healthcare for minorities, we still have a long road ahead of us. How can we bridge the gap? It starts with educating ourselves on the needs of our communities. Informed discussions can help combat the stigma of mental health issues that minorities are faced with.

If you’re struggling with mental health issues or would like to refer someone you know, we’d love to speak to you further. HOPE is here. Contact us today.