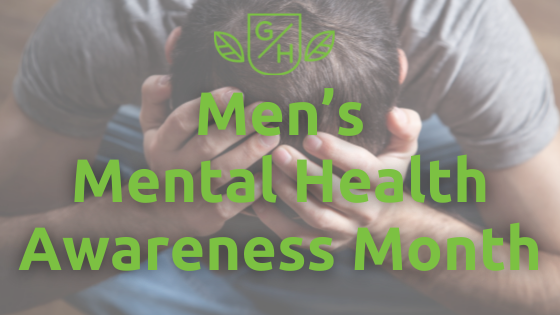 June is Men’s Mental Health awareness month. So what do we know about men’s mental health? There are 151,781,326 Million men in the U.S of these 6 million suffer from mental illness. Five major mental health illnesses seen in men are depression, anxiety, bipolar depression, psychosis and schizophrenia.

One possible cause of depression, stress and moods wings in males is low testosterone. Studies show that testosterone levels begin to drop around the age of 30 in men. Getting your check ups can help determine if this could be the cause of some of your mental health symptoms.

If you’re struggling with mental health or would like to refer someone you know, we’d love to speak to you further. HOPE is here. Contact us today.